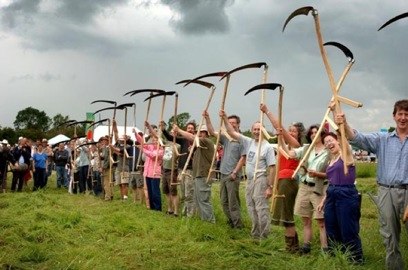 Death, you know, aka the Grim Reaper? ... the guy all dressed in black? ... comes to visit all of us eventually? Well Old Grim's been doing his thankless task since humans first invaded the planet. And not only has he been performing his duty for millions of years - he does it night and day, 24/7/365. That's a LOT of overtime.

So he's decided enough's enough and he's retiring next week.

His job cannot be left vacant however or the Earth's population would implode. Therefore, auditions for his replacement are being held this weekend (9-6 Sat. and 9-5 Sun.).

Mere mortals need not apply.
Goths will be turned away at the door.
Posted by bonsairick on 8/22/2009 0 comments 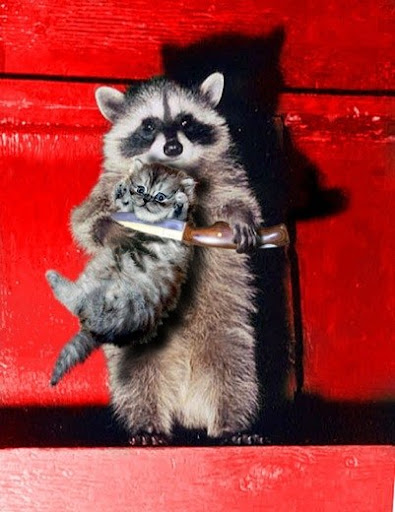 We're still in California and just got urgent word that there's a crisis brewing in our backyard. Seems the racoons are demanding that we release their leader, whom we captured last week as he was trying to steal another one of our bonsai trees. They say that if we fail to release him - the neighbor's kitten get's whacked. Sorry, Kitty, but you're goin' to that Great Litter Box in the Sky.
Posted by bonsairick on 8/21/2009 0 comments 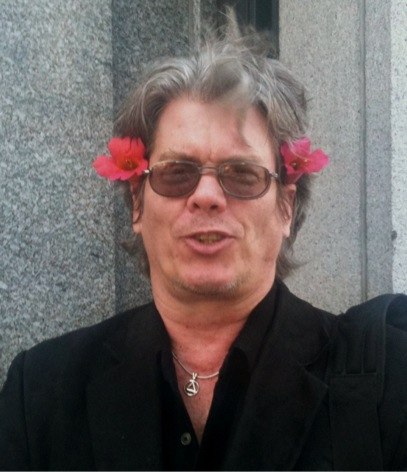 Sue and I, having reverted back to our inner hippie-dom here in San Francisco, have taken up eating seaweed, donning sandals, wearing flowers in our hair and chanting protests in the public square ... "SCREW LOUISVILLE, WE AINT NEVER GOING BACK! SCREW LOUISVILLE, WE ..." until we got arrested - now we've started an eating strike at the jail (it's the opposite of a hunger strike - you eat SO much they can't afford to keep you incarcerated). But the jail threw us out and told us to just "Get the Hell out of town."

Quiet on the Set!!

1980-ish, I was art directing a photo for an ad i was designing for a hotsie-totsie restaurant. The restaurant owner didn't want to spend the money on paid models, so he called about a dozen of his equally hotsie-totsie friends to be in the ad.

Trying to direct a dozen non-professional models, three servers and a guy preparing Flaming Bananas Foster tableside was a REAL bitch! But everybody was finally arranged exactly the way I wanted them so I spoke the magic word - "SHOOT!"

What happened next ranks right up there with the Michael Jackson/Pepsi Commercial Fiasco - only ours happened years before Michael's ...

As I hollered "SHOOT!" the servers began serving, the fake customers did their best to look real and the guy fixing the Bananas Foster poured the liquor into the hot tableside pan. And it exploded. The pan had gotten too hot while waiting for me to perfect the expressions and positioning ... so the liquor combusted and blew all over the place setting a ficus tree, the carpet and a female customer's hair on fire!

In less than 2 seconds my beautiful photo decayed into carnage! The poor woman's husband was beating on her head, another customer was dousing the tree with his drinking water and the Bananas Foster guy was madly stomping out the carpet fire.

And I'm standing there slack-jawed - HOLY CRAP!!! WHAT THE HELL JUST HAPPENED???!!!

They put out the woman's head and thank God she wasn't burned or injured. Her hair was smoldering when she ran her fingers through it and out came a HUGE clump of blond hair. The place smelled pretty rank too - the kind of smell produced only when fine food and burning human hair are combined.

After taking 20 minutes or so to recompose herself, she brushed her hair the best she could and bravely carried on.

In the final version, if you look real close, she is staring down the Bananas Foster guy with a "Do-it-again-and-you-will-die" look.
Posted by bonsairick on 8/20/2009 0 comments

THAT was a mistake

I KNEW I shouldn't have told Sue about the sea lions at Pier 39... she adopted ALL of them and they're flying home with us on Friday. We're going to be needing more fish sticks in our freezer.
Posted by bonsairick on 8/20/2009 0 comments 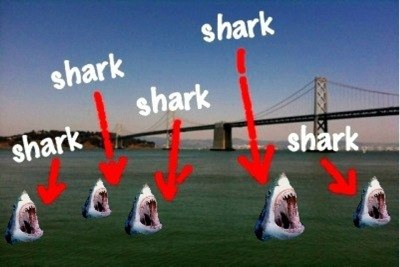 Three Beers, you were right again. There were no sharks in the previous photo. My mistake. However, I went back and yelled, "ANY SHARKS OUT THERE?" and shot another photo just for you.
Posted by bonsairick on 8/19/2009 1 comments

Got Crabs in San Francisco 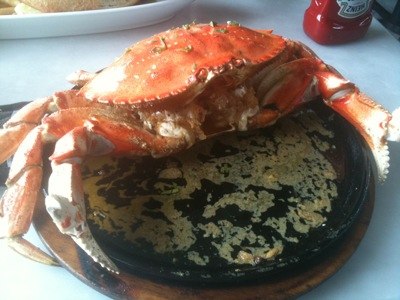 Guess that could have been worded better.
Posted by bonsairick on 8/19/2009 1 comments

San Francisco Bay is beautiful but ... 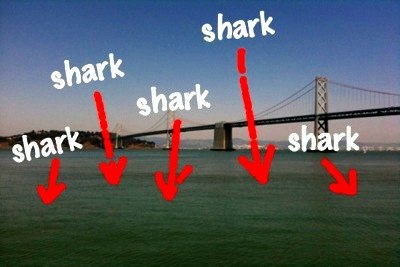 Just 'cause I liked the photo 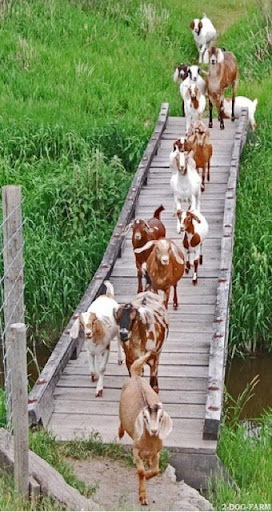 I knew there was something strange about my wife... 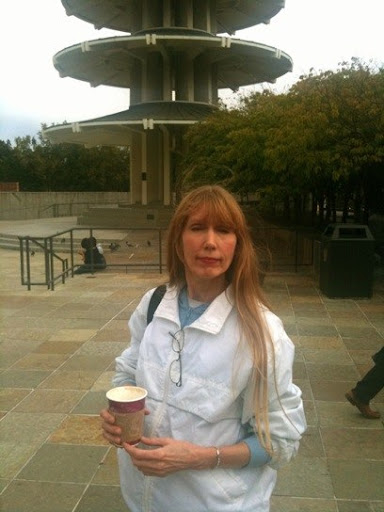 The strange craft landed behind her, two creatures that looked JUST like Sue got out, came over, they all twittered, looked at me and collectively muttered, "Engh." Then they got back in the Mothership and left. Except Sue. Apparently she's been given the daunting task of studying intelligence on this planet. Or in my case, the lack thereof.