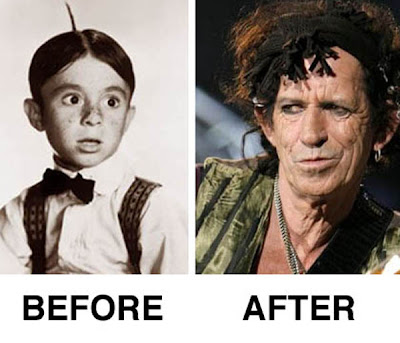 The first time I saw the film, National Lampoon’s Vacation, actually ANY of the Vacation films they produced, I laughed of course, but it twanged one of my memory chords and reminded me that truth really CAN be stranger than fiction.

It all started out as a simple family trip to Chicago. We left our driveway and the trip disintegrated from there.

We spent a really fun evening with a life-long family friend in Joliet, a suburb of Chicago. My first wife, our daughters and I really enjoyed our visit with Mary and Jim. They offered to let us spend the night, but we’d already made plans and had booked a room at a local motel - a hostelry of the sort where you park your car outside your door. Like a two-story building of laboratory rat cubicles. Only these were painted in those god-awful hotel colors, dusty-green, camelhair-tan and mauve. Actually, I say it was mauve, but does ANYBODY really know what color mauve is? Do you? I’m an artist and haven’t a clue. I think it’s a color invented by Crayola mixing all the different leftover colors of wax they had laying around - “What are we going to call it?” “How about Mauve?” “Mauve? What the hell’s Mauve?” “Does it matter?” “No.” So mauve it is.

Back to the hotel from hell. Fortunately, we would be sleeping most of our time in this decorator’s nightmare. The plan was to get up in the morning, do our morning things, catch a bite to eat somewhere and go to the train station where we would catch our train and begin our family frolic into the Windy City. Woo-woo!

Life has a way of changing your plans.

Rather than waking to the sound of an alarm clock, I stirred from my sleep because of a Hollywood-like dream. In the dream, there was a helicopter outside our door circling our building. And from it, a loud speaker was announcing “THIS IS THE POLICE. EVERYONE NEEDS TO EVACUATE THE PREMISES IMMEDIATELY. THERE HAS BEEN A TOXIC SPILL AND A DANGEROUS CHEMICAL CLOUD IS APPROACHING!” The dream must have come from my childhood remembrance of a movie in which giant brains with tentacles in them floated around a ski-resort in the Swiss Alps killing everyone in sight. (No, I’m not making that up. It’s a real movie.) Parents used to let their children watch that kind of thing back when I was a kid. And you wonder why the Baby Boomers are so screwed-up?

Anyway, the dream became annoying as I wanted to sleep, not evade toxic clouds occupied by meat-craving brains, but the dream was relentless, the helicopter kept circling and the bullhorn kept blasting.

And then the realization hit me. I wasn’t asleep. The brains probably weren’t on the prowl, but there certainly WAS someone making announcements from a circling helicopter outside our hotel. Oh, shit.

I’ve noticed, a lot of my essays contain the phrase, “Oh, shit.” I don’t say that to be gross. I don’t say it to make you think I’m tougher than I actually am (which I’m not). I use those words because they’re appropriate and accurate. I’ll try to watch my language from here on, but can’t guarantee anything. When you get to THOSE words, just put your fingers in your ears as you read them. Be sure to take a picture of yourself doing so and send it to me. Please. I’d LOVE to see that.

Anyway, back to the airborne cops. They were yelling basically to get out. Leave. Depart. Quickly.

So, still in our nightclothes, my wife and I grabbed the kids, ran them to the car and while she strapped them in, I returned to the room to get our luggage. And as I got to the car, I got a whiff of really strong bleach. Bleach from hell. Once again, oh, shit.

As fate would have it, a tanker truck carrying chlorine gas, a HIGHLY toxic, kill-your-ass-gas had been t-boned at the intersection next to our hotel room, releasing a toxic cloud that was casually wafting through the neighborhood seeking victims. Just like my dream. Only no brains.

We drove. Quickly. And made our escape. Whew.

Life wasn’t done playing with us yet.

We made it to the train station, still in our sleeping clothes. I guess folks in Chicago are used to seeing that sort of thing because no one looked at us oddly when we changed out clothes, brushed our teeth and did our morning things in our respective Grand Central Station restrooms (or whatever they call the Joliet train station).

Then we boarded the train. On to Chicago at last! OH, THIS IS GOING TO BE FUN!

An odd fellow sat down in front of us and promptly turned around. He began talking. He didn’t shut up for the next 75 minutes. As a matter of fact, he was enthralled by our daughters. Enthralled in a creepy-raise-Dad’s-antennae sort of way. He wasn’t asking my wife and I questions, just our kids. I began to fidget. He was being pleasant enough, but just really strange. Isn’t it sad that in our society someone being pleasant with children raises our suspicions about their intent? My suspicions were at Defcon 1, or is that Defcon 4? Whichever’s the one that closest to mushroom-cloud time.

The guy never said anything that would cause me to remove his head with blunt force. But I spent the entire trip a nervous bundle of overprotective father just WAITING to nuke this guy.

But as the train pulled into our stop, I breathed a sigh or relief. And then he got off the train WITH us. Grrrr…

I’d like to use another word to reenact my thoughts at that exact moment, but I don’t want you piercing your eardrums with your fingers. So let’s just assume I said, “Oh, fiddlesticks.” I don’t know what a fiddlestick is. Don’t want to. And this is the first time I’ve ever uttered or typed the word (actually, I used it in the subhead, catchy, huh?). There, your eardrums and sensibility are saved.

So the guy starts following us. My Dad Antennae have now become twin destructive laser beam devices poised to attack this guy if he so much as blinks at us.

For the next hour, we couldn’t shake the schmuck. And I’m too passive a fellow to say, “GET THE FIDDLESTICKS OUT OF HERE!” Yes, make the word substitution for accuracy if you’d like.

But I DO come up with fairly intelligent plans at times. This was one of those lucky times, I caught him in the old, “Which way are you going?” ploy. When he indicated he was headed left, I pointed out that it had been a REAL pleasure listening to him blab the whole way from Joliet to Chicago, but we were headed to the RIGHT!

Believe it or not, it worked. Lost him at last. On with the vacation.

Uh, life wasn’t done rearranging things yet. Even after a chemical spill evacuation and creepy-guy.

The internet was still in it’s infancy back then. I was one of those pioneers and had an internet connection. But it was $8 an hour to connect. And the speed was 28.8kbps. For those of you that are electronically challenged like me, 28k means SLOW. Oil-based paint dries much faster than the internet moved back then. So I hadn’t fully explored the parameters of this trip. That’s a really LONG way of saying that when we finally GOT to the Chicago Museum of Art, one of the greatest art museums in the world, we discovered it was only open for another 45 minutes - today was the only day of the week that it closed early.

Remember me mentioning National Lampoons Vacation series of films? In European Vacation, the Griswold’s are forced to tour the Louvre in Paris in about the same amount of time afforded us at the Chicago Museum. There’s a funny scene in which Clark and his family spend about 2 seconds looking at each famous painting before side-stepping to the next. I don’t think that scene’s so funny anymore.

But, we DID get a REALLY quick tour of the museum.

And a couple of months ago, I asked one of our daughters if she remembered the creepy guy on the train. She doesn’t remember him. Or the chemical spill. But she DOES remember going to Chicago.

So although life may be fiddlesticked-up at times, all is well.
Posted by bonsairick on 11/11/2008 0 comments

If this makes sense … you’re in trouble 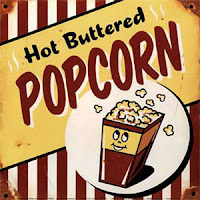 Have you ever had a conversation with someone that never happened?

My great grandfather used to do that – he’d just sit there in a world of his own and suddenly burst into conversation about something no one was discussing. He wasn’t senile. He just didn’t wish to participate in this world. Apparently, it’s hereditary.

It’s kind of like an old film movie that breaks in the middle of the show, then the projectionist fixes it, but threads in a different movie. And the audience doesn’t notice that the actors and plot have changed.