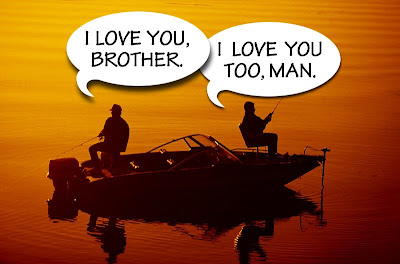 Years ago, I got trashed at a party at a friend's house by the lake. Which friend and which lake will remain anonymous. You'll see why, read on. We were up until about 3 am partying.

5 am came REAL early - fishing time! Ugh. I love to fish. But this is ridiculous.

So off we go in the boat.

We're fishing by the bank and it's a beautiful, clear morning. The sun has just come up. Ahhhhhh, crickets cricketing, frogs frogging, ecstasy ... except for the hangover which was like 5 deranged monkeys pounding on gongs inside my head. Just REMEMBERING hangovers like that helps keep me sober today.

Not only was my brain stunned, but apparently my body was too because as I cast my bait toward the shore, my hand let go of the entire thing, not just the button, so the entire fishing rod followed the bait. Right into the lake. About 20 feet away. KERPLUNK! Shit! What a drunken ass.

We sailed, motored, whatever the hell you do in a motorboat, over toward the "last seen" location of my errant fishing rig. Fortunately I could see the rod and reel about a foot under the water. Given my physical/mental state, I didn't want to try reaching it without help because I KNEW I'd fall in the lake. So I asked my friend to hold me from behind, you know, kind of like we're ... well ... you know ... while I bent over the boat to fetch the rod (so to speak). Oh, no, he said, he wasn't doing that. Somebody might see us and think we were gay. I replied that it was 5:15 in the morning, who the hell's going to see us? There's nobody on the lake this early except us hungover idiots. Do you see anybody else? No. OK.

And sure enough, as soon as we got on our knees and I bent over in front of him and he held me tight from behind, PUTT-PUTT-PUTT comes another damn fishing boat around the point no more than 100 feet away with two good-old boys fishing. Actually, it didn't PUTT-PUTT-PUTT because they had a silent-running trolling motor. DAMN!!! I grabbed the fishing rod as quickly as I could and pretended to ignore the other guys except to give them a manly nod as they passed. 'Course there's still water dripping out of my reel as they pass by. And I know damn good a well they saw us.

Now you see why this site is called CrazeeMagnet. Another true story. I don't NEED to make up stuff.
Posted by bonsairick on 6/06/2009 1 comments

Holey Holiday Yesterday - I MISSED IT! 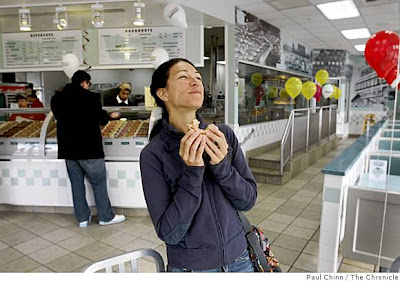 Yeterday was National Donut Day and I missed the "hole" thing!!! The only reason I knew about it was Hostess sent me a special notice - yes, I'm on the Hostess mailing list (Twinkies!).

You can read all about National Donut Day by clicking here: Source: http://www.sfgate.com
Posted by bonsairick on 6/06/2009 4 comments

OWWWW! This has GOT to have hurt! 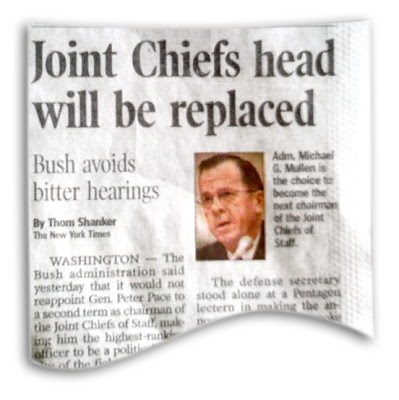 How your brain works

Explanation of "four track" thinking.
Posted by bonsairick on 6/01/2009 0 comments

RAM Tough - How NOT to install a RAM chip

Even if you don't know anything about computers you might get a kick out of this true story:

This was in the early 90's. I bought more RAM (memory) for my computer, but I was too cheap to pay to have it installed. After all, 4 megs of RAM cost $300 back then. I was also too cheap to buy the $8 anti-static wrist strap that would have ensured that I didn't fry the chip while installing it. But I had a game plan:

• got good and drunk, that always helps
• carefully cut open the plastic, anti-discharge bag in which the expensive chip rested. I was careful to NOT TOUCH THE CHIP as I was told static would destroy it - so far, so good
• took off ALL MY CLOTHES (completely nude) so the hairs on my body would not generate static electricity rubbing against the fabric
• picked up each bare foot and gingerly stepped across the carpet so as not to generate static by shuffling my feet on the carpet
• carefully placed one hand on the metal power source in the computer like they told me to do ... as long as I kept my hand on it, I could not discharge electricity
• with the remaining hand, carefully slid the chip out of the bag and akwardly inserted the unit into the computer slot and locked the clips
• then quickly and decisively pulled my hand off the power source

Turned on the machine and it worked! TADA! I was so proud standing there stark naked and drunk. But I installed the chip and saved $8 by not buying the discharge wrist strap.