The Mouse gives up, but sends his henchmen ... 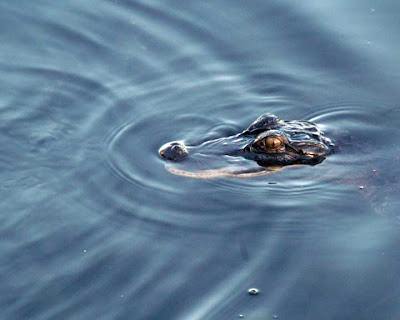 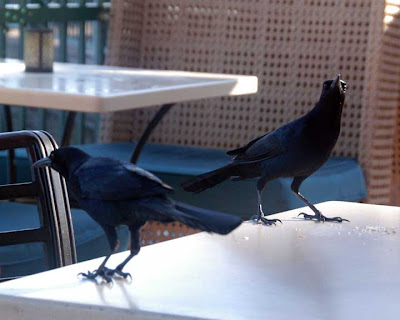 A continuation of last night’s blog …

For those of you who think I’m just paranoid, because I’ve publicly voiced my theory last night about the Mouse having taken over, two things:

1. I pity you. You’re too far gone. You’re in the rodent’s clutches and there is no hope for you.
2. Above, I show you photographic proof that the fuzzy fiend has indeed sent his henchmen to do me in.

As I closed my blog last night, I could hear the pitter-patter of tiny feet outside my Disney door. I had to leave you to go save myself. Obviously, I survived the night. How? A simple yet diabolical plan if I do say so myself. I crawled back and forth from the DO NOT DISTURB sign on my door to the shaded window yowling and hissing like a deranged cat. This went on for hours. Eventually, the mouse lost interest in me and moved on to another victim. I fooled him once. I doubt I can do it again.

But as it turns out, the mouse had just regrouped to reformulate his attack.

Having had only a couple of hours of sleep, I packed my room this morning and calmly headed toward the lobby of the hotel to prepare for my escape from Mousville. But the night left me not only tired, but physically drained. Food. Must have food. Twenty dollars later, I settled down to my sweet roll and chocolate milk. I chose a deceptively peaceful seat by the lake (I believe Granny would have called it the Ceement Pond). As I was enjoying my exorbitantly priced sweet roll, I heard a scream from nearby. True. It was a child in terror. I thought the idea in mouseville was to answer the dreams of all kids. That’s what “they” say anyway. Well, this kid was having a nightmare rather than a dream. There, in the too calm waters of the ceement pond, six feet from where I sat, lurked two black eyeballs. Like the dead eyes of a doll.

The mouse had launched an amphibious, amphibian attack! Gators in the ceement pond! Three of them - and they were HUGE - they had to be 4 maybe 5 inches long!

And as with all well-planned offensive attacks, the mouse general also sent the air force, evil black fighters with beady black eyes descended on me from above and began pecking my table. I think they were dancing and chanting.

As I’m being attacked by both air and sea, I muttered to myself, “You should have kept your mouth shut last night about the Mouse Conspiracy. Now you’re DOOMED!”

I lept from my chair nearly knocking over a concrete trash can (with a mouse silhouette on it) in my haste to escape. Had I brought a suitcase on the trip, I would have left it, but I was able to snatch my backpack and camera off the lakeside table and make a run for it.

Dodging dive-bombing birds from all sides and gators snapping at my ass, I threw open the door to the lobby of the hotel. Safe for now. I get on the mouse bus in an hour or so, surely I can find something to do INSIDE without going back out THERE!

But I don’t think the mouse is done with me yet.

Oddly enough, thinking back on it, as I was running for cover, I think the kids were laughing. Probably at me. Brainwashed by the mouse at such a young age.
Posted by bonsairick on 10/15/2008 1 comments

Mouse in the House

It's amazing the impact one of the planet's smallest creatures can have on the human race. What creature? The mouse.

I'm in Orlando on an assignment with my coworker, Mandy. Mandy and her husband, Bill, are here because they love to feed the mouse. Yes, Mandy, you ARE obsessed with the rodent. We all have our obsessions, mine is little Japanese trees, yours is a mouse. That's neither good nor bad, not judging here. Just a somewhat twisted observation.

I'm an old conspiracy theory kind of guy. I believe there is really only ONE company in charge of the world. That single company just gives us tens of thousands of smaller company names to throw us off. They actually own them ALL. EVERY business on this planet. What company is it that rules the world? General Motors? Definitely NOT after last week's stock market plunge. AIG? Uh, no. Here's my theory - the Mouse is in the House. The White House that is. At the bottom of the US Government and all its businesses lies the mouse. That damned mouse.

You see, it's all a BIG conspiracy. Mickey has been brain-washing us for years, "Give me your money. Give me your money." He started back in the mid 1900's, when I was just a wee lad. Ever heard the Mickey Mouse Club song? "Who's the leader of the club that's made for you and me? M-I-C. K-E-Y. M-O-U-S-EEEEE!" Once you sing that little ditty, you CANNOT erase it from your mind. It's like indelible ink on the soul. Only a lobotomy will remove it.

The mouse is EVERYWHERE! Especially in Orlando! Even the PILOT of the jet I flew on to get here prefaced his spiel with, "We'll be heading to the House of the Mouse today." That's scary. Right or wrong, our country has separation of church and state; pilots who are responsible for hundreds of lives should NOT refer to Orlando as the House of the Mouse. It's scary.

In short, who or what is responsible for the soaring cost of gasoline? I believe it's the mouse. The stock market crash? The mouse. Mankind's inhumanity to mankind? The mouse.

Now I don't know just how the little creature is pulling it off, but hey, if an ant can move a rubber tree plant, well, I rest my case.

I'm staying OP (that's Disney for On-Property). So naturally, the mouse is emblazoned EVERYWHERE! The buses, the carpets, the toilet paper ... I'm actually seeing the silhouette of a mouse in things where it's not! I SWORE I saw a mouse shape in a sailor's knot in a restaurant tonight. Mandy, who has mice on her SHOES, insists I was just seeing things, that it was just a sailor's knot. I KNOW better. The mouse can't fool me. I see him in the wallpaper. Cracks in the concrete. He's all around us.

And as I write this in my Disney hotel room, I swear I can hear the pitter-patter of little mouse feet just outside my hotel room door. He's coming to silence me.